I remember one weekend my grandparents had made the three-hour drive to visit us at our house.  My grandfather and I spent the afternoon sitting at the kitchen table putting together a model P-38 airplane.  When we finished the model, he hung it from the ceiling in my bedroom where it stayed for most of my childhood.

Unfortunately the P-38 was nearly destroyed when it took heavy anti-aircraft fire from my older sister’s jump-rope.  I salvaged the pieces and put them into a shoe box, where it stayed until recently.  I now have a two-year old son and I have reassembled the P-38 (the best I could) and have hung it from the ceiling in his bedroom. It is pretty cool to see the same P-38 that my grandfather and I made, almost 30 years ago, flying again! 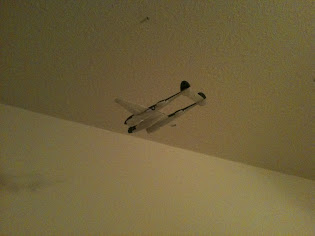 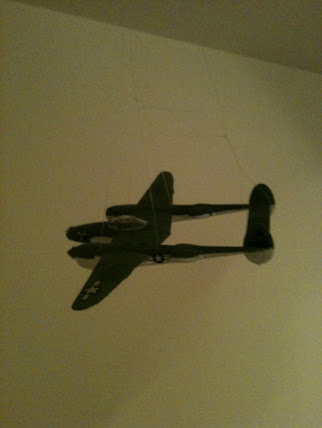 Of course, I couldn’t let my son live only in the past.  After all, you don’t see too many P-38s today, and there aren’t any left in military service.

Today’s focus is on the Predator Drone.  I was able to find a small-scale drone and have hung it from his ceiling, only a few feet away from where the P-38 still proudly flies.

The only thing I need now are some small Taliban fighters for the drone to target. 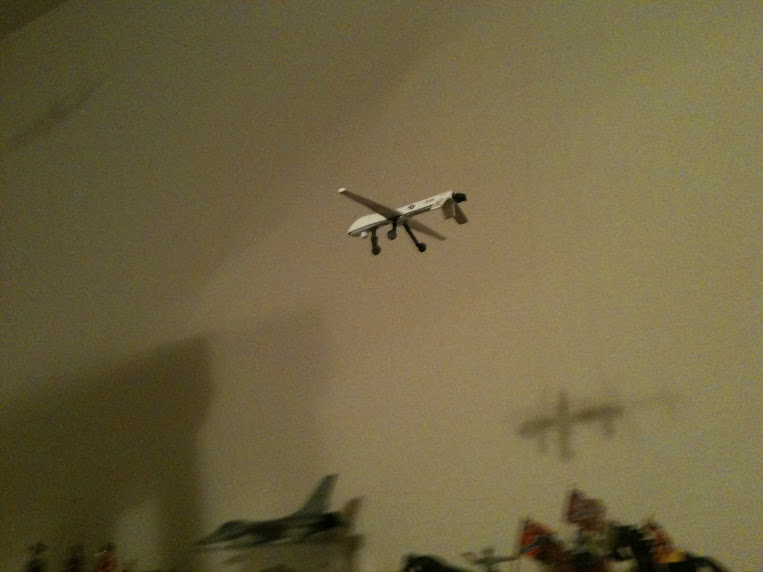